Jon Glidewell isn’t just focusing on his MS in Hospitality and Tourism — he’s also married with a 6-month-old daughter and a full-time career. With online courses, he’s able to juggle all of his responsibilities more effectively. 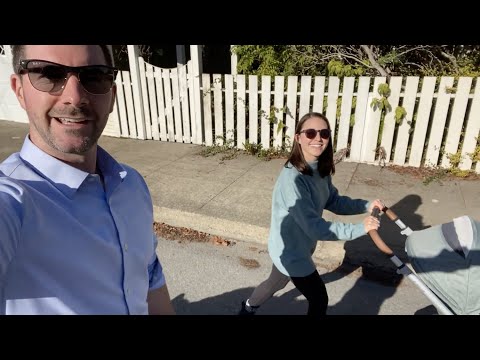 Jon Glidewell, a student in the online Master of Science in Hospitality and Tourism (MSHT) program, didn’t always dream of having a career in hotel management.

In fact, the idea didn’t even occur to him until a mentor at a part-time job pointed out his natural talent for the industry.

“When I was 17, I started working for a hotel property in Idaho, and in the summertime, I would come back and work for the same owner, who owns multiple hotel properties. About the third summer I came back, he said, ‘Hey, I think you have an aptitude for hospitality. Would you be interested in exploring a career in hotel administration?’” Glidewell told USC Online.

To stoke this passion, the owner offered to finance Glidewell’s education, providing him with a full, private scholarship for a bachelor’s degree in hotel administration, which he pursued at the University of Las Vegas, Nevada (UNLV). It was then that he fell completely in love with the industry.

After graduating in 2009, Glidewell went back to work as a general manager at one of his mentor’s hotels in Idaho. Over time and a job change, however, he realized that if he wanted to continue growing in his role, there was more he needed to learn.

“It’s always been my ambition to take that next step academically and get a master’s degree, but I didn’t know when or in what capacity. It wasn’t until I learned about the USC [Bovard College] Master of Science in Hospitality and Tourism that I realized this was an opportunity I wanted to jump on,” he said.

Now, as the regional manager of Beachcomber Hotel Group in Fort Bragg, California, Glidewell approached that same owner to see if he would again be interested in sponsoring his education 18 years later.

“He just said, ‘Absolutely. Let’s get you in the program. If you are accepted, then we’ll go for it.’ And that’s where I’m at now,” Glidewell explained, adding that he knew how lucky he was to have such a path toward higher education.

When asked what it was specifically about USC that drew him in, Glidewell pointed toward the university’s prestigious reputation as well as the MSHT program’s ability to accelerate his career and enhance his skill set.

“I know that USC has excellent resources and a really high-quality curriculum. So, I really wanted to be a part of the Trojan network. And even now, I am really beginning to appreciate just how strongly USC fosters the student experience. It’s just so enriching and inclusive … I think USC was certainly leaps and bounds ahead of what I hoped to accomplish,” he concluded.

Another benefit of the online program? The flexibility. Glidewell isn’t just focusing on school — he’s also married with a 6-month-old daughter (born right after he started at USC) and a full-time job that requires extensive travel. With online courses, he has the space and time to juggle his responsibilities more effectively than if he were commuting to campus.

Glidewell takes evening classes twice a week, fitting his studying and coursework into after-work hours. And while devoting his personal time to classes may be a bit tiring, it has already proven to be beneficial.

“I can immediately, strategically apply the new perspectives and new principles from the courses I’ve learned to my role. I have been in the hotel space for so long that I’ve gotten into not only, say, complacency, but I also feel like I have such a strong habit of operating in a way that works for the company, that works for what I feel my staff needs. But I haven’t been challenging the status quo enough,” he said.

The MSHT courses have allowed Glidewell to adopt a fresh perspective on how he and his staff can learn and grow together as a team. They’ve also pushed him to think more critically about his communication style as a leader.

“[It’s] been a huge step forward in my leadership abilities that I didn’t expect, and that’s anything from human resources to service quality, to financial management. It’s been really helpful,” Glidewell enthused.

But it’s not just the content of the courses that has made the USC experience so informative and meaningful for Glidewell — being part of the Trojan Family has also bolstered his career path.

“I’ve already been able to foster meaningful relationships with my classmates, even though it’s an online-based degree. That’s been one of my favorite things: getting to build that network and learn from their experiences in the industry. So far, I’ve also really enjoyed how active and encouraging the professors have been. They make themselves available as resources for support outside of the live sessions, and having access to that resource and really feeling a sense of community has been great,” Glidewell explained.

A Future in Hospitality Leadership

With commencement looming, Glidewell is already looking toward a post-USC future. He hopes to expand his responsibilities at Beachcomber Hotel Group, ultimately taking on a bigger role within the company’s growth strategy and development team.

When asked what he would tell potential students considering the online MS in Hospitality and Tourism program, his advice was simple yet firm: Don’t wait.

“I’ve been trying to find the right time to go back to school for years, and I finally realized there’s never really going to be the perfect time. Once I learned about this program, I decided to go for it, and I am just really happy that I did. And knowing what I do now, I wish I would have made the decision to go sooner (even though I realize this is the first time the program has been offered at USC). It’s certainly just a wonderful, educational, amazing experience,” he said.

For other new dads who are anxious about juggling their early months of fatherhood with a graduate school schedule, Glidewell offered his own words of encouragement: “You can make it happen. You can do it. It takes a lot of blocking out your schedule, but it can happen,” he laughed.

Learn more about the online Master of Science in Hospitality and Tourism program today.